The revolution of optics in Renaissance art, which set geometrical and physical reality as the goal for the learned artist brought in its train a severe difficulty. If all the visual resources of tone and colour in paint were wholly devoted to the portrayal of naturalistic light and space, what was left for the evocation of divine light? In pre-Renaissance art, the passage of light could be described in literal terms as visible rays, and actual gold was used to designate the ineffable radiance of heavenly realms and divine apparitions. During the course of the 15th century, above all in Renaissance Florence, the recourse to actual gold was progressively excluded from the tool-kit of painters who aspired to create a new kind of naturalism founded upon the geometry of light. What was the painter to do?

A writer has no such problem. A poet can write effectively of the gleam of gold, of the passage of a light ray or of the kind of blinding effluence that typically accompanies miracles, and we can envisage them in our mind’s eye.

The greatest master of divine light in poetry was Dante. His canticle Paradiso, the third great book of his Divina Commedia, contains dazzling accounts of divine radiance that lies beyond the normal range of our sense of sight. Yet Dante expressed a keen adherence to optical science. A dominant visual theme in Paradiso, namely the overwhelming of our eyes by light of such brilliance that it becomes unseeable. Repeatedly his sight is repeatedly dazzled and fails. Above all the terrestrial rules of optics do not apply. Even perspective does not work.

Nearness and distance add nothing, take away nothing,
because where God governs without an intermediary
natural law holds no sway.

What was the painter to do?

We will look at just two artists who operated in very different ways, Michelangelo and Raphael.

Michelangelo achieved two masterpieces of divine light in narrative contexts. The first is the Separation of Light from Darkness in the Sistine Chapel. Here, inspired by Genesis, God performs a separation that is both in his mind and a plastic manipulation of light as a tangible substance.

The other great manifestation of light occurs when Michelangelo portrays the dramatic moment when the sudden apparition of Christ with a great ray of light blasts Saul from his horse. Michelangelo’s telling of the story is truly Dantesque. The surge of golden light refuses to be obstructed physically by St. Paul’s raised hand and penetrates his closed eyelids. For divine light ‘natural law holds no sway’.

The pairing of Raphael and Dante not generally unexpected. But the links are strong as we will see.

Raphael, developed a hugely effective way evoking a celestial glare that emulates the unseeable dazzle that Dante so brilliantly evokes. The most varied and brilliant is the Liberation of St. Peter in the Stanza del Eliodoro.

The glare of cloud putto-heads, already exploited by Raphael on large scales in frescoes and altarpieces, is most brilliantly realised in a small picture, The Vision of Ezekiel. In the leafy background to the left a divergent shaft of celestial light strikes the tiny ecstatic figure of Ezekiel. We see the apparition as close to us not to him. However, the underside of the cloud-platform which bears the group aloft, is actually behind the large tree in the distance. The rules of perspectival scale do not pertain in the zones of miraculous vision in the Divina commedia.

The final example is the Transfiguration. Raphael’s last painting before his early death in 1520 has amplified the basic narrative with the dramatic tale of what transpired when Christ was absent on the mountain. The remaining disciples failed to cure a mad boy who had been brought to them by his distraught father Above, unseen by the disciples, Christ rises in an explosion of brilliant light. Raphael makes a potent juxtaposition of the logical optics of the terrestrial zone and the transcendent illogicality of any aerial realm that Christ graces with his presence.

‘Visions of Heaven: Dante and the Divine Light’ by Martin Kemp published by Lund Humphries 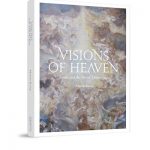 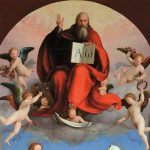 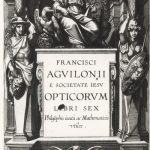 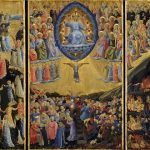 To Purchase a recording

A link to the recording is available for £15.60 via Tixoom and is valid for one week after payment.  Please follow the link below and then select the blue button ‘Get Your Ticket’

Why are we special?