HomeBlogTumblr and the New Generation – a look into our ‘period eye’ 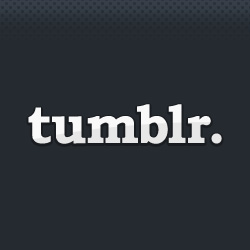 Visual culture in the twenty-first century is profoundly different to anything that has ever gone before it. This may seem like an obvious statement – everyone, of course, is aware of the effect that new technologies have had on our perception of art. But do we really understand the influence this has had on the nature of our ‘period’ eye, as Baxandall would say?

According to Baxandall, in order to best comprehend and analyse a piece of art we must understand the cultural conditions from which it was produced. (This theory, as many of you will know, he applied most famously perhaps to Renaissance Florence). It is, of course, extremely difficult – perhaps even impossible – to develop a true and unbiased understanding our own period eye.  This blog post – rather fearlessly then – is a small attempt to do just that!

To propose the media site tumblr as a source for shaping our culture’s period eye is maybe an exaggeration. After all, how many people does it really reach? Can we claim that it really has any effect on the production of art? Well, tumblr has an estimated 216.3 million viewers each month, with currently 108.9 million blogs and counting. Granted, this is a tiny percentage of the Western world. But it seems that those who use tumblr are generally more likely to be involved in artistic processes.

When something is treated in nail art, you know it must be popular

Firstly, it provides a platform in which budding new artists can showcase their art. There are an abundance of blogs which either belong to a specific artist, or, as is the unique nature of tumblr, display an assortment of the art that one person – artist or layman – enjoys. The effect of this is many fold. Primarily, it means that even those who do not specifically create or commission art are now being involved in the art ‘market’, if not in a commercial sense then certainly in terms of contemporary taste and sensibility. We are all aware of the profound influence of the media on young minds in shaping issues such as body image and sensationalism, but have we ever considered its effect on the aesthetic of today? Such bloggers have a huge power in shaping taste, particularly if we consider the susceptible nature of tumblr’s main demographic:teens and those in their early twenties. Its potential here is precisely why Yahoo deemed it worthy of a $1.1 billion investment.

Because anyone can reblog an image, tumblr may be seen as an ultimately democratic site which strips away the elitism so often attached to art. Even a thirteen year old from a small village in the countryside may become part of a cutting-edge art circle. But perhaps this carries many inherent dangers; do we want this to be the case? Is art in a sense degraded through such mass proliferation?

Maybe the reverence and sanctity of art is slowly being degraded by mass culture. But is that really such a problem? Prints have been in circulation since the fifteenth century, although they in some sense only proved to re-enforce the distinction between art for the masses and ‘high’ art. Sites like tumblr treat both equally, and it is the viewer’s individual taste, rather than their  economic means, that determines whether they want it to be included as part of their own unique artistic profile.

Tumblr ultimately serves as an example of the changing way in which we may perceive art in an age where politics, art, food, fashion and more are regularly placed side by side.  Multi-media now encourages the world to engage with ‘high art’ on a day-to-day basis, rather than placing it on a pedestal. At the same time, Tumblr encourages all things to be viewed as potentially containing artistic significance. And for that, in my mind at least, it is hugely important.

Fancy entering into the world of tumblr? A few favourites……

And the most bizarre of them all….